ALL Publishers sell books--to their authors! 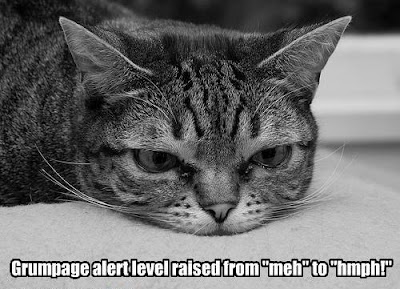 I have a gripe. I’m sick and tired of reading how Print-On-Demand publishers only exist to sell books to their authors. That’s like saying all poor people have a welfare mentality or a rape victim was asking for it because of the way she dresses. We live in a day and age where that sort of bigotry is simply inexcusable.

I work with an independent publishing house and not once have I ever been “forced” to buy my books. It is not in the contract, it is not an expectation. They do offer me a discount if I wish to buy my books for events like book festivals and the like—but so does Random House and myriad other houses. This is standard operating procedure, people!

No publisher simply gives their authors unlimited access to a bottomless barrel filled with books. That’s not how the industry works. Contracts usually state how many author copies an author can expect. Once those are gone, the publisher doesn’t keep handing over titles for free. So, to use the argument that houses that use POD technology only survive by selling to their own authors is not only naïve but inaccurate.

My advice: be wary of blanket statements and research any publishing house you’re considering working with. I did, and I can’t say enough wonderful things about my publisher, Echelon Press.
Posted by J.R. Turner at 11:26 AM No comments:

You really know you're not ready for a busy day when you wake up with The Lazy Song running through your head!

Maybe some Bobaflex, Nonpoint, and Wolf Mother will wake me up :) Funny how music can really influence the way we feel. Of course there's always this: http://youtu.be/HsyMtYoSkC0 that never fails to make me laugh!! 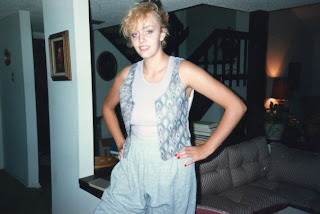 I've fought my weight all my life. Up until I got pregnant with my first son, I did fairly well. I was a size 12/14 and at nearly 5' 10", that's pretty good. When I got pregnant though, all bets were off and like so many uninformed first-time pregnant women--I ate for two--literally. I still carry that weight today, 18 years later.

This morning I fired up my computer and on my iGoogle page, I found an article titled Surgery is no Quick Fix for Teens. The article itself is fairly interesting, since I have been considering bariatric surgery of some kind. After all, I've been eating non-fat, sugar-free, mostly fruits and vegetables for nearly two months--plus exercising regularly--and the results are not what I hoped. But--that's the case with dieting and exercising, it is far harder to lose the weight than to gain the weight. So many people give up because they get disheartened, and for other reasons.

What prompted me to write this blog post though, were the horrendous comments from the readers who obviously never had to fight weight gain. The condescending way they talk about "fat people" the holier-than-thou put-downs they sling without thought, are the very reason obese people often remain obese.

For a real-life ex 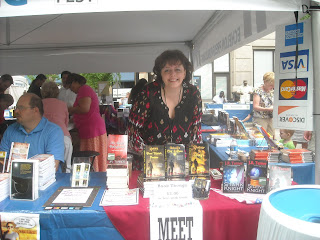 ample, I chose to go on a "power walk" not that long ago. I was four blocks from home when a car full of guys drove past me. One of them hung out the window and barked at me. Yes, literally barked at me--just to let me know he thought I was a "dog." I haven't done that again since. Now I work out quietly in the back of my house on a second-hand stationary bike.

So if you know someone who is feeling self-righteous about looking good, or loves to condemn those who are out in public struggling to lose weight, please, please, remind them that anyone actually doing the work of getting healthy deserves their support, not their derision.